The core vaccines are those vaccines that provide protection against diseases that have a significant health impact (including death) for the horse and/or to humans. The agents causing disease are often present in the environment in either wildlife, insects or the environment and are therefore not easily controlled. These are the “no-brainers.” All horses should be vaccinated with these vaccines.

Rabies is a well-known cause of fatal disease in mammals affecting the nervous system. The virus is found in saliva and transmitted to other animals and people by a bite, saliva exposure to open cuts/ wounds and/or saliva entering the eye, nose or mouth. In Canada, the most common wild animals to transmit Rabies to domestic animals or humans are; foxes, skunks, racoons and bats.

Rabies is a rapidly progressive, fatal neurologic disease that can be prevented by vaccination. Following an initial booster series, Rabies vaccines are administered to horses annually and they must be administered by a licensed veterinarian.

Tetanus or lockjaw is a life threatening disease caused by the anaerobic bacteria (grows in low oxygen conditions), Clostridium tetani. The spores of C. tetani are commonly present in the soil, where they can remain for years, and can contaminate wounds such as puncture wounds, crushing wounds, open lacerations, surgical incisions and the umbilici of foals.

Upon gaining entrance to the body, C. tetani produces powerful neurotoxins which result in muscle contraction and spasm (tetany). Horses of all ages can be affected. Horses are the most susceptible of all of the animal species.

All adult horses should initially be vaccinated for Tetanus twice, four to six weeks apart, using Tetanus toxoid and boostered annually or as recommended by your veterinarian. Horses who have a wound or are undergoing surgery 6 months from the time of their Tetanus vaccination should receive a booster of Tetanus toxoid.

Tetanus antitoxin (technically not a vaccine) is administered to unvaccinated horses (or ones where their vaccination status is unknown) that sustain a wound that has become contaminated. It is prepared from the blood of healthy, hyperimmunized horses and provides immediate passive immunity lasting 7-14 days. At the same time, these horses are administered the initial booster of a Tetanus toxoid to stimulate an immune response. This should be followed by a second vaccination 4-6 weeks later. Owners of horses administered Tetanus antitoxin should be informed about the rare but serious risk of serum hepatitis (Theiler’s disease).

West Nile virus (WNV) is spread by mosquitoes and causes inflammation of the brain and spinal cord in horses.  Since WNV can be a fatal disease and survivors can have residual neurological deficits for a period of months to permanent disability, it is important to protect horses against this virus. Horses should be vaccinated annually and within 3 months of mosquito season for the greatest protection. Previously unvaccinated horses or those with unknown vaccination status should be administered two primary doses, the time between which will depend on the vaccine used. Following the booster series, annual vaccination is recommended.

Eastern equine encephalitis (EEE) virus is spread by a mosquito that breeds in hardwood swamps and that normally feeds on birds which are infected with the virus but are not affected by it. People and other animals can also develop EEE when bitten by infected mosquitoes.

The EEE virus has a range from southeastern Canada to the southeastern United States as well as the Caribbean and South and Central America. Some areas of a region have higher risk than others for exposure to the virus and this risk is based on populations of the offending mosquito species ( e.g. Culiseta melanura) and the migratory patterns of certain reservoir birds. For example in Ontario there have been more equine EEE cases in eastern Ontario, around the Niagara region and on the eastern edge of Georgian Bay. To find out where EEE has been diagnosed in Canada please go to the CAHSS equine network dashboard and click on equine diseases.

Eighty to ninety percent of infected horses develop acute and fatal neurologic disease, namely ataxia, paralysis and seizures with death usually occurring within 48 hours. Survivors may have persistent neurologic signs. Fortunately, there are effective vaccines available to prevent EEE. After an initial booster series, horses should receive an annual vaccination 3 months prior to the onset of mosquito season.

Western equine encephalitis (WEE) has been diagnosed in the western United States , western Canada and South America, although cases have not been reported in Canada in decades. Similar to EEE , the WEE virus is transmitted by mosquitoes however small wild animals may also be involved in transmission of WEE virus.

Similar to EEE, WEE causes sudden and often severe neurologic signs although the mortality rate is lower than with EEE. WEE vaccines are very effective and almost always combined with EEE in a vaccine. After the initial booster series, annual vaccination is recommended.

Please note: This information provides guidelines only and should never replace information from your veterinarian.

Guidelines for The Vaccination of Horses. Lexington; AAEP, 2008 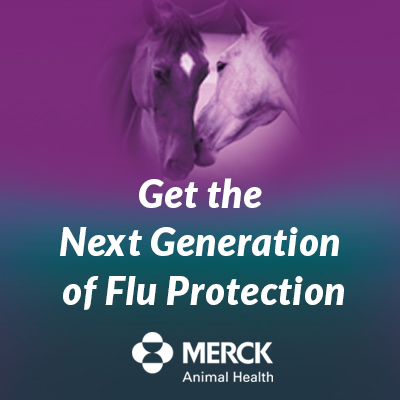